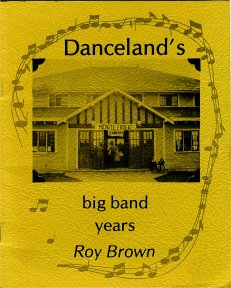 A few days ago I solved a seventy-two year old puzzle while reading Ted Darcy's typescript, "Army Aviation in Hawaii: 1913-1941." For the past seven decades, I have had an aerial photo which shows a Martin NBS1 in flight. The caption reads "(6.23.27- 10:45A) REPAIRING GEAR IN AIR." If one studies the photograph very carefully, the figure of a man can be seen on the left landing gear unit. As a boy studying the photo, I often wondered what the story was. Now I know.

According to Darcy, a flight of five Martins of the 23rd Bombardment Squadron took off from Luke Field at 0800 on June 23, 1927. Lieutenant George Polk was at the controls of one of them, #68455. Aboard were two rookie privates who never had been up before, Privates Raymond L. Cyr and Harold L. Valentine, one of them in the cockpit of the "meat can" (the blunt nose) and the other in the rear cockpit, and Staff Sergeant Philip Monroy.

No sooner had Polk taken off from the mile-long dirt landing strip on Ford Island than he discovered that the bolts fastening the wheel to the left strut on the landing gear had sheared off. Polk circled the field and dropped a note, instantly retrieved, telling of his plight and asking that new bolts and some rope be sent up to him. Then, instead of continuing to circle until help arrived, he headed north over the sugar and pineapple fields and gulches of southern O'ahu to rendezvous with the other four Martins. Their assignment was to participate in simulated bombing exercises in conjunction with infantry and field artillery troop movements somewhere in north O'ahu, probably in the Waialua-Haleiwa area, around fifteen miles north of Pearl Harbor.

Lieutenants J. D. Givens and Philip S. Schneeberger (probably of the 72nd Bombardment Squadron, my father's old outfit) immediately took off in a DH-4 with the bolts in a package tied to a line, intending to drop them down to one of the men in the cockpits of the damaged plane. Givens soon caught up with the formation of Martins, rose above one of them, and maintained position while Schneeberger skillfully lowered the bolts to a man in the rear cockpit  but of the wrong plane! When he discovered his mistake, Givens gamely tried to save the situation by dropping below this bomber while the man in the cockpit lowered the package of bolts back to Schneeberger. This time, however, the rope snapped and the bolts were lost. Givens immediately swerved south and flew back to Luke Field for another package of bolts on another line  and a better description of the stricken plane.

Meantime, the Martins finished their exercise and all five headed back to the field. Givens and Schneeberger intercepted them, probably over Pearl Harbor. Givens positioned the DeHavilland above Martin #68455 and Schneeberger tried to transfer the new package of bolts first to Cyr and then to Valentine. Neither of the recruits could catch the madly tumbling package.

Schneeberger realized that a more hazardous means of transfer would have to be attempted if the bomber was to be saved. He climbed out of his cockpit and, clinging first to one strut and then another, made his way to the end of the lower wing of the OH. Sergeant Monroy walked out to the end of the Martin's adjacent wing, somehow struggling past the roaring Liberty Engine. While the pilots held the planes within arm's length, Schneeberger successfully passed the package of bolts to Monroy. On his return, just as he was about to reach his cockpit and safety, Schneeberger's chute suddenly snapped open and almost yanked him off the wing into the tail surfaces of the DeHavilland. Fortunately, he avoided this catastrophe.

With Cyr's help, Monroy climbed down on the Martin's landing gear, trying to make the necessary repairs. Turbulence and the ninety-mile-an-hour wind prevented him from accomplishing this, despite Polk's attempts to find calmer air by changing altitude from 1000 to 8000 feet. A photographer in another plane below recorded the ongoing unorthodox maintenance procedure and provided my mystery photograph.

By noon, it was obvious that the repair was impossible. Polk's only remaining option was to ditch the Martin in the harbor where the chances of survival were much better than trying to crash land on the field. Both army and navy crash boats were on the ready below. But to add further to the bizarre incident, Polk then decided that the four parachutes must be saved from a dunking that would ruin them and ordered the crew to toss them overboard over Luke Field. One struck the left-hand propeller, instantly stalling the engine and making the huge bomber almost impossible to control. Fighting the controls all the way, Polk finally ditched the Martin in the harbor with terrific impact. Luckily, no one was hurt. The Martin promptly sank as the crash boats reached the scene and took the downed birdmen aboard. Polk's only laconic comment on the incident was that he now felt well qualified for submarine service. Not long before he had crash landed another Martin in exactly the same place in Pearl Harbor!

BACK TO THE BROCKWAY CONTENTS PAGE

BACK TO THE HILLMAN
BU EDUWEB RESEARCH PROJECT