A Letter to
Miss Jane Robinson
Uffington, Ontario
from her father
Robert Robinson 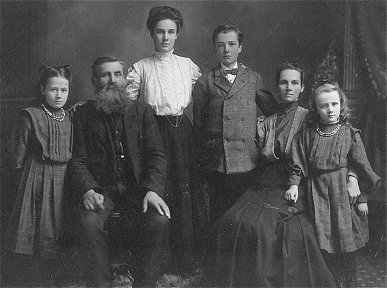 ROBERT ROBINSON
Robert Robinson of Bracebridge, Ontario, applied for his homestead in 1911 and returned to homestead later that year at 10-26-16. He went back to Ontario in 1913 to bring his wife and children to Saskatchewan but while there he died. Mrs. Robinson moved with her son Alf and two daughters, Mercy and Crystal, to the homestead six miles west of Elrose. Older daughter, Jane Hillman, was already living in the area. They endured many hardships to break their land, plant their crops and build a home.

Jane Robinson married Bert Hillman of Bracebridge in Purbrook, Muskoka, Ontario in 1911. In the fall of 1912 they came to the Elrose area and homesteaded on NE 34-25-16-W3 in the Wartime district. Bert opened a blacksmith shop in Hughton in 1914, and one in Wartime in 1915. In 1917 the Hillmans returned to Ontario for a short time, and then came back to farm the homestead. They were allowed to purchase the homestead for $10 provided they lived on it six months a year for three years. Bert opened a blacksmith shop in Elrose in April of 1922. They leased a house for a few months, and moved the original shack in from the homestead in November. Because of the changing times Bert took on additional work. He took over the janitorial duties of the school in 1925. He continued at this job until his retirement in 1956 at the age of 75.  Mr. Hillman passed away in January, 1963, and Mrs. Hillman in December, 1978. 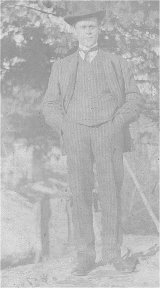 
Jane's sister, Mercy, married Robert Ruthven and they continued to farm and be a vital part of Elrose. Mr. Ruthven died in 1960. They had four children: George of Elrose, Jim of Elrose and recently of Saskatoon, Evelyn of Saskatoon and Doreen of Pennant.