Louise Marie Hillman of Strathclair died November 21, 2001 from heart failure. She was recuperating from a hospital stay at the Brandon home of Bill and Sue-On Hillman and died in the arms of her loving son Bill.

Louise was born in Minnedosa, MB on August 30, 1918, daughter of the late John Magnus and Katherine Elizabeth (McKay) Campbell of Strathclair. She was raised with her two brothers, Donald and William on the family grain and dairy farm at NW 24-16-22. In the mid-30s the three Campbell kids were joined by members of the neighbouring Christie family to form the popular Campbell/Christie Orchestra that played for many dances in the area.

At the outbreak of WWII brother Bill, who had successfully passed RCMP entrance exams, joined the RCAF as a Lancaster pilot (F/L William Gavin Campbell, born January 22, 1922, was killed in England on April 30, 1945 while flying with #428 Ghost Squadron), brother Don married Shirley Jones and moved back to manage the family farm (Donald James Munroe Campbell born March 8, 1914 died in Brandon in 1992), and Louise worked as a clerk in Strathclair and Elrose, SK where she met husband-to-be Jerry Hillman. After Jerry joined the Royal Canadian Navy they were married in Halifax, NS on May 27, 1941. Son William Gerald was born on January 11, 1943 in Strathclair. Louise and baby then followed Jerry to a number of wartime naval postings: Halifax, St. Johns, and Esquimalt. Jerry achieved the rank of Chief Petty Officer and volunteered to serve on HMCS Prince Robert which joined a US/UK convoy that sailed to the Pacific Theatre to accept the Japanese surrender and to facilitate the release the Hong Kong prisoners of war.

After the war, they returned to take over the Campbell farm where daughter Bonnie Louise was born on December 24, 1946. They operated a mixed farming and poultry business until 1961. In the late 50s Jerry took management of a Strathclair hardware store after which Jerry and Louise opened a new Marshall Wells Store in Newdale which they operated until Jerrys retirement due to ill health in the early 80s. After Jerrys death in McCallen, Texas in February 1983, Louise moved to Strathclairs Ellice Lodge where she resided until her death.

Louise was a warm, caring and much-loved lady who took great pride and joy in her family. She loved reading, TV, movies, music, dancing . . . and life. Louise and Jerry travelled extensively in Canada and the US, and after Jerrys death she travelled throughout most of Europe and the Middle East during her visits with daughter Bonnie and family.

In August 1999 she and son Bill flew to England were she was guest of honour at memorial ceremonies honouring the memory and sacrifice of her brother Bill who is buried at the Blacon Military Cemetery near Chester. The unveiling of a unique monument to Lancaster pilot William Campbell and his aircrew was attended by top officials from the British Legion, the RAF, the British Government and the Canadian High Commission. The large crowds in attendance were thrilled by the numerous flypasts of one of the worlds last remaining Lancaster bombers with Spitfire escort. During this week-long visit she was interviewed numerous times on BBC radio and television and proved to be a charming and eloquent representative for her homeland. This event and many other photo tributes to her life are featured on the Hillman Internet website: F/L William Campbell Tribute: www.hillmanweb.com/rcaf ~ CPO Jerry Hillman WWII Journal and Photos of HMCS Prince Robert ~ Hillman Family Stories ~ Campbell Family History

Her memory and inspiration live on in her descendents:

Louise is also survived by nieces Marg Hodgson & Liz Roberts and nephew Alex Campbell and their families of Brandon.

Cremation has taken place and family remembrance gatherings are planned for a later date. 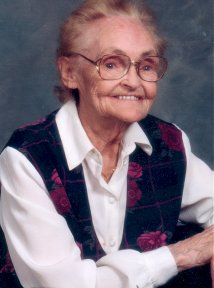 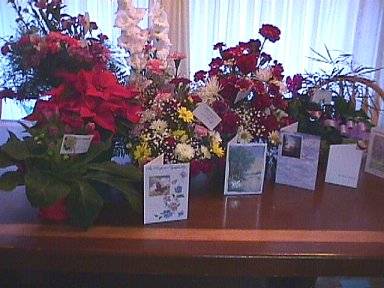 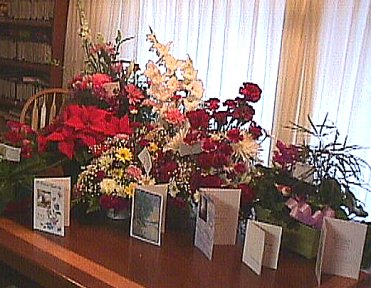