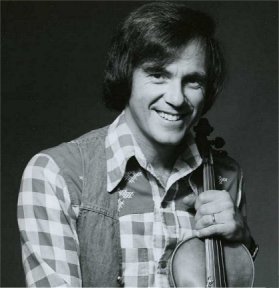 Barry passed away in Victoria, BC.
We'll miss you, old friend.
To live in hearts we leave behind is not to die.
~Bill and Sue-On 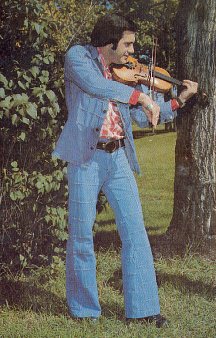 Music played a major role in Barry's life. While still in Rivers High School he formed the popular Country Gentlemen band that became well-known through its many CKX Television shows, dances dates, Co-Op Neighbour Nights and a multitude of other live appearances across Western Manitoba.

This band, with longtime friends and bandmates Jake Kroeger and Bill & Sue-On Hillman, evolved into the Western Union.  Barry went on to play bass and fiddle with the Hillmans on 10 record albums. Three of these albums were acclaimed solo fiddle albums, one of which featured nine-year-old son Kent.

Along with the Western Union, Barry spent many summers touring Western Canada as part of Russ Gurr's Federal Grain Train Show. Following this they went on to play Exhibition Grandstand Shows in State Fairs and Rodeos across Northwestern USA. Barry and Kent were later chosen to represent Manitoba in a series of shows across the US  and he worked closely with daughter Shauna in promoting her successful music career.

These Web pages have been compiled as an online career photo album documenting Barry's love of music and featuring many of the names and faces of musicians he played with over the years.