Four and a half years ago, Allan Kobel, a young grade 12 student at Miles MacDonnel Collegiate, got together with some friends and formed a rock and roll group called Al and the Silvertones.

This particular group was not too much different from the hundreds of small groups which had formed before or have formed since; they were simply a group of young men who were playing and writing music they liked.

The difference was that a lot of other people like their sound too.

Today this group, now renamed Chad Allan and the Expressions, with Bob Burns looking after the managerial side is finding that this popularity has spread from a local fervor to international recognition through the release of their hit record, Shakin' All Over.

"We're where we are today because a lot of people believed in us," says Allan.

"The applause of school audiences, the encouragement of family and friends, the incentive of recording, and the support of local DJs have been the only things that made up keep on working," he said. Station CKAY-TV Winnipeg in particular has been a big help to the group in this respect.

This support, however, is not the reason for its musical ability. This has come only through long and painstaking hours of work.

This work began in early 1962 when the group first got together in a small room packed beside the staircase in Bob Ashley's home; it continued through weeks of rehearsal until their first show at Melrose Junior High, and it is still going on.

From their first show, they worked hard to build a name for themselves. They played at school and community club dances throughout Winnipeg and by 1963 they had become the best known group in Winnipeg.

They released Shy Guy and Stop Teasin' Me on the Quality label. These records reaffirmed their success and led to a tour last summer of western Canada.

At the completion of the tour, they returned to Winnipeg, well established as one of Canada's best groups.

Allan is a third year science student at United College. He writes material for the group, plays rhythm guitar, and sings.

Randy Bachman, the lead guitarist, also writes and sings. He is 21 and in his final year of an accelerated course in business administration at MIT.

Jim Kale plays bass guitar and sings. He is married and works for a lumber firm in St. Vital.

Gary Peterson handles the drums and plays saxophone. He is in second year science at the University of Manitoba.

Bob Ashley is the pianist and organist for the group.

Together, they make up the sound which Winnipeggers have been acclaiming for years and which, since the beginning of this year, has gained international prominence.

How often have you thought to yourself about a certain group or individual in the entertainment field . . . boy, all they need to really make it big, is that one break.

My thoughts about a group here in Winnipeg have been this way for some time, and I was delighted and proud when all their hard work and abundance of talent paid off with that one break called "Shakin' All Over," contained in their first album V1756.

"Guess Who" I'm talking about . . .  Chad Allan and The Expressions.

Chad Allan and The Expressions didn't just happen. Because of the very fine young men they are, their unbelievable musicianship and vocal ability, not to mention their song writing, disc jockeys and millions of fans from the Atlantic to the Pacific, from the Yukon to Mexico have recognized and applauded them.

In their hometown of Winnipeg, young people and adults alike look up to them and admire them, but most of all, respect them. Other talents who have worked with them feel the same way.

This album contains their latest smash single "Hey Ho What You Do To Me" plus ten others, six of which, have been written by Chad Allan and the Expressions.

This album also tells the story of the future. As their second album it is as powerful as the first, but with a difference. What a wonderful, exciting thing, thinking of what the third will be like. This of course is in the future.

Let us now return to the present and listen. Listen, without guessing, to Canada's Ambassadors of Goodwill . . .  Chad Allan and the Expressions

Note: All Chad Allan references were left off this album in the Credits, Cover Photo and Liner Notes

Well that takes care of the liner notes! Under normal circumstances, I would call it "end" . . . but this is not a normal circumstance! First of all, it's not that I'm approached by a group manager to be a sort of "Best Man" . . . and I'm darned if I'll stop now. I've been saving up too many superlatives for just such an opportunity and just such a group, "The Guess Who." Great, fabulous, tremendous, wonderful, outstanding, superb."

There you have the superlatives . . . There may be a few adjectives thrown in as well . . . How would I know!!

"The Guess Who," are all these things . . . and anything else you might want to add. Here's a group with an excess in talent, ability, and showmanship. A group that provides a completely satisfying sound in today's music . . .

Nine of the twelve selections on this L.P. are originals and each done to perfection. Ranging from the "Soul" sound of "Clock On The Wall," to the "Go" drive of "All Right."  The spiritual beat of "Seven Long Years," to the "Haunting" feel of "Guess I'll Find A Place" . . . There are five more originals to listen to . . . do it . . . I still find it hard to believe that five young men can cover the different moods or feelings in music so completely, and capably!! Expert musicians, they are . . . and vocally exacting. From lead vocalist, Burton Cummings, to multi voiced Randy Bachman . . . It's beautiful. There are many "Bits" that you'll detect on this album . . . The "Sax" sound of the great guitar and bass work in "Seven Long Years," the drumming of Garry Peterson, the guitar solo in Jimmy Kale's tune, "Don't Act So Bad," the flamenco guitar work of Randy Bachman in "Guess I'll Find A Place." 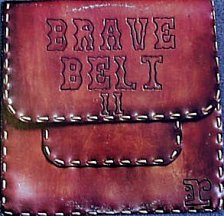 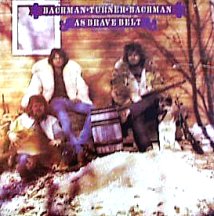 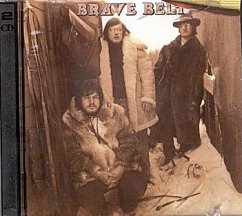 with THE GUESS WHO (aka CHAD ALLAN AND THE EXPRESSIONS)
1965 Shakin All Over'/Till We Kissed (Quality)
1965 Tossin' and Turnin'/I Want You To Love Me (Quality)
1965 Hey Ho, What You Do To Me/Goodnight, Goodnight (Quality)
1965 Hurting Each Other/Baby's Birthday (Quality)

THE GUESS WHO?
The Chad Allan Years
Chad Allan Biography from the Canadian Music Encyclopedia website

However, getting Canadian music played on the bulging American influenced Canadian radio stations was tough so Quality issued the single with a white label and the words Guess Who? written on it.

The record was released in 1965 and went on to sell 2 million copies. After two albums Allan's vocals were beginning to suffer from the grind of 10 years of performing in smokey clubs and he quit to return to school.

The Guess Who would go on to be world famous with tunes such as "These Eyes" and "American Woman" but guitarist Randy Bachman felt that after hitting such a peak there would be nowhere left to turn but down and so also quit the band.

Bachman would invite his old friend Allan to become lead vocalist in his new band Brave Belt. The band released two albums for Reprise but the band's leanings toward a progressively heavier sound wasn't suited for Allan and he quit.

After leaving Brave Belt, Allan pursued many musical endeavers including writing gospel music, hosting a children's TV show in Winnipeg, and forming his own record label called Seabreeze Records from which he released several singles and an album that didn't fare well.

LET'S GO - #3 - WINNIPEG - #P1
HOUSE THAT JACK BUILT - CHAD
TILL IT'S TIME FOR YOU TO GO - LUCILLE EMONDE
STONES MEDLEY - GW
SATISFACTION - LAST TIME - GET OFF MY CLOUD
LET'S SPEND THE NIGHT TOGETHER - WE LOVE YOU
I ONLY WANT TO BE WITH YOU - LUCILLE
THANK THE LORD FOR THE NIGHT TIME - CHAD
THE BOAT THAT I ROW - LUCILLE
TOP 3:
GIVE ME A LITTLE SIGN - GW
BROWN EYED GIRL - CHAD
NEVER MY LOVE - GW

BACK TO CHAD ALLAN CONTENTS

BACK TO
BILL and SUE-ON HILLMAN: A MUSICAL ODYSSEY