www.hillmanweb.com/uk/guardian.html
A Musical Odyssey :: The UK Connection
Presents
On the Trail of Guardian Studio's
Terry Gavaghan

A Record of Correspondence Between The Sleuths:

Graeme's piece is under construction 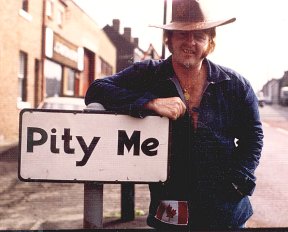 Many thanks for the great Gavaghan info, Graeme. I've finally purchased a slide/negative scanner which I haven't used yet . . . but I'll be sure to delve into the old UK slides to see if I have something on Terry that would be suitable. Mick Sandbrook of the band "Raised on Rusks" who was the bass player on our session might have some more info

Do you know if any other musicians experienced the appearance of the "ghost" in the studio?

We drove by the old Pity Me location two years ago returning from the Phil Collins' Tarzan Musical opening in Holland. . . brought back some good memories.