WS Holland was the drummer that "was there when it happened"
on December 4, 1956 at Sun Records in Memphis, TN
when Johnny Cash, Elvis Presley, Jerry Lee Lewis & Carl Perkins
made history with the famous Million Dollar Quartet session.

The original photo with WS Holland added.
From right: Johnny Cash, Elvis Presley, Carl Perkins, Jerry Lee Lewis, and WS Holland.
WS Fluke Holland who played drums on the session has always been left out of the photos.
At the time, Fluke was Carl Perkins' drummer
He went on, beginning a few years later, to become Johnny Cash's drummer. . .
a position he held until the end of Johnny's working career.
After Johnny's death, WS toured with Johnny's guitarist, Bob Wootton,
as part of the resurrected Tennessee Three
which is when I met him.

A Toast from the Quartet 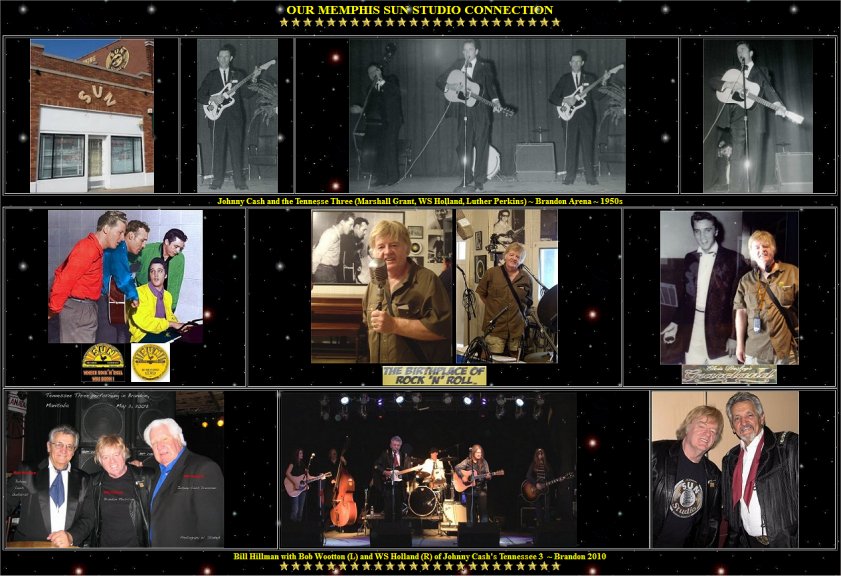 Next:
The Hillmans tour Graceland