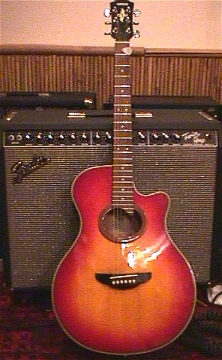 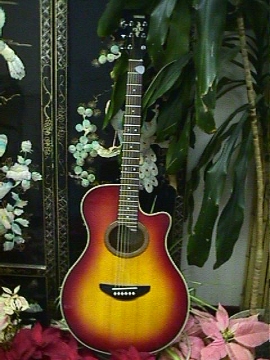 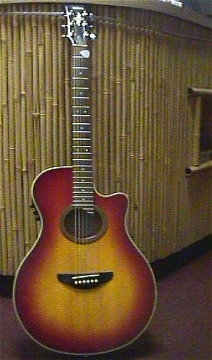 Not much to say about this guitar . . . it's proven to be a real workhorse.
It spent some of its first years hanging on the wall behind the stage in our SOO'S Restaurant Showhall.
We reserved this electric-acoustic for visiting musicians to use during our Saturday Night Jam Sessions.
Since most guitarists/singers brought their own instruments,
this guitar was only occasionally pressed into service.

When I was recruited by Brandon University to teach in the Faculty Eduation
as Assistant Professor I moved this guitar into my BU office.
It proved to be a useful tool for putting variety into my classes . . .
as well as for a few after-class jams with students.

When I retired from University after a 40-year career as an educator,
the guitar was passed on to my grandson, Soulin,
who showed an interest in learning the instrument. 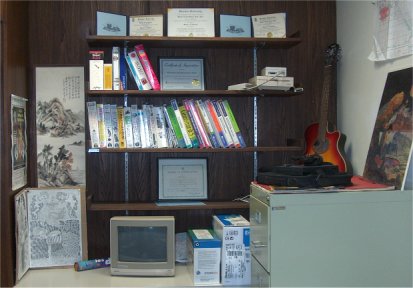 Yamaha ready for action in the rear of my Brandon University Office. 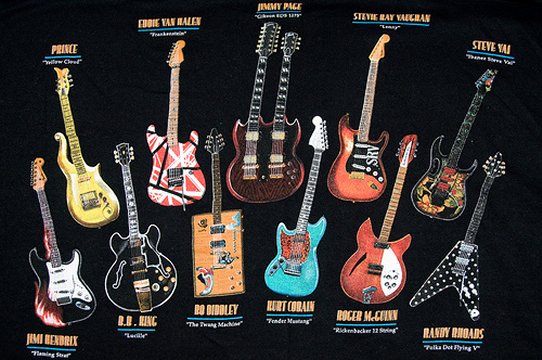 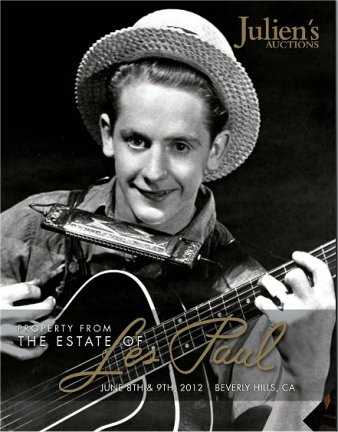 A HUGE PDF FILE - OVER 400 PAGES
www.hillmanweb.com/guitars/paulcat.pdf
ONLY FOR THOSE WITH HIGH SPEED INTERNET SERVICE 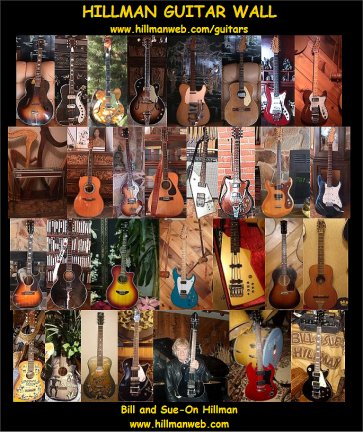 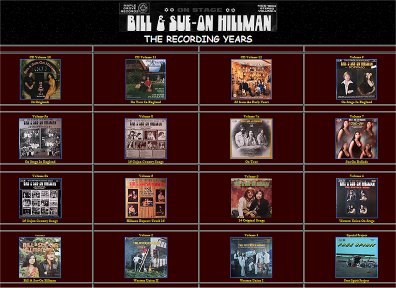 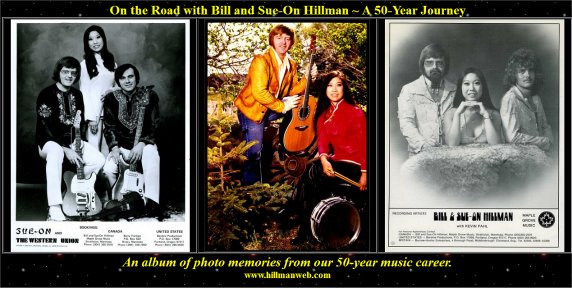