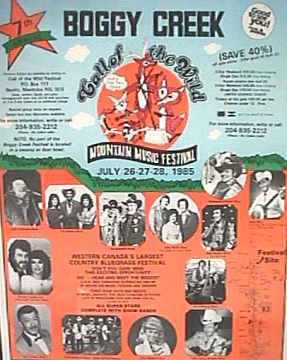 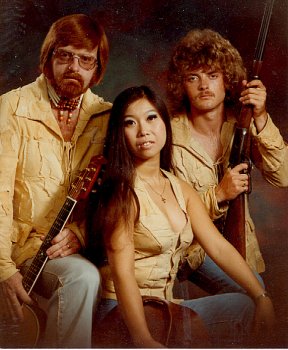 1980 marked a bit of a change in career emphasis for us. We were hired as a feature act and part-time organizers at one of the newest and biggest outdoor music festivals in Canada: The Boggy Creek Mountain Music Festival in Manitoba's Duck Mountains. Back in 1973, Lewis and Linda Kaselitz packed up their kids and left their native Tennessee to emigrate to a homestead on Crown Land near Boggy Creek in Manitoba's Duck Mountains. Upon reaching this wilderness, their first efforts centered around clearing much of the land for farmland and an airstrip and to build a large, modern log home.  With this accomplished they had time to realize another long-time dream: to organize an outdoor music festival and to bring Tennessee mountain and bluegrass music to the "wilds" of Canada. The first two festivals were held on the cleared airstrip area.

The temporary stage, sound and lights were set up on one end of the strip with concession and craft booths lining the side of the strip. Beyond this, pastures and clearing were used for parking and free campgrounds. Many of the entertainers and staff were fed and housed in or around the main log lodge and impromptu jam sessions popped up all over the site. 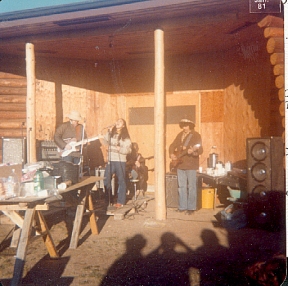 Hillmans lead an impromptu jam session at the entrance to the Kaselitz lodge
As the popularity of the event grew, big name acts were hired from all over North America and the concert site was moved away from the airstrip to a nearby natural amphitheatre. At the bottom of this hollow Lewis built a permanent two-storey stage constructed with logs. The first storey was used as a dressing room / warm-up area which also contained a rough-hewn narrow staircase leading to the upper stage area which was about 10 feet above ground level. 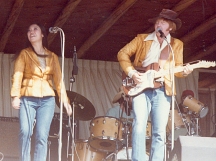 Hillmans in performance on the two-storey log stage complex

In front of the stage was a concrete slab for dancers while all of this was overlooked by a huge natural amphitheatre. At peak crowd times the hillside was completely covered with humanity... on the grass, blankets or lawnchairs.

As the event grew, so did the size of the sound and lighting systems, the size of the paid support and security force, the number of entertainers, and the logistics. Sue-On and I missed the first festival as we were touring England in 1979, but during the remainger of festival's run -- 1980-1985 -- we were very involved in almost every aspect of the festival: entertainers, board of directors, advertising and promotion, programme book design, emceeing, stage direction, sound and recording, meal prep, security, TV specials, PR, etc. 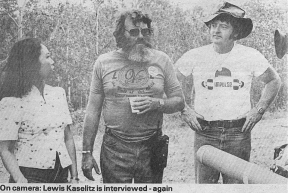 Sue-On, Lewis and Bill in an onsite TV interview

During this time, Lewis and I also accepted positions on the board of directors for the Manitoba Association of Country Music Artists and often flew into Winnipeg for board meetings for that organization. Eventually the Boggy Creek event got too unwieldy to sustain in so remote an area and the Kaselitz dream ended in 1985... soon after, Lewis Kaselitz died of heart failure. 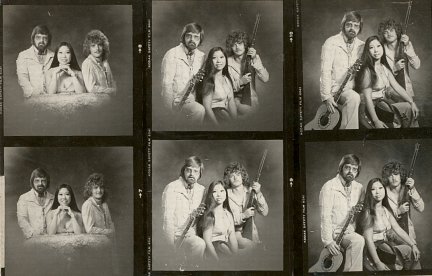 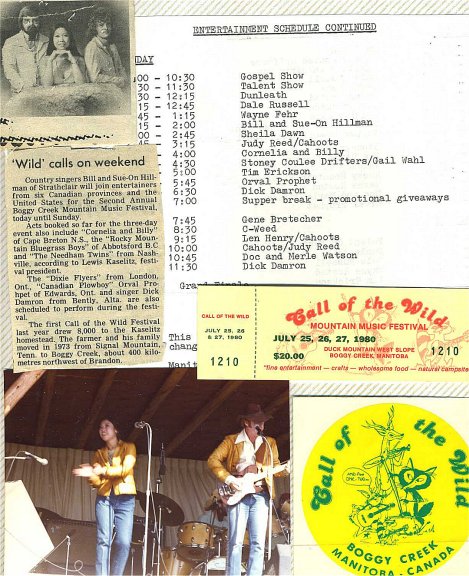 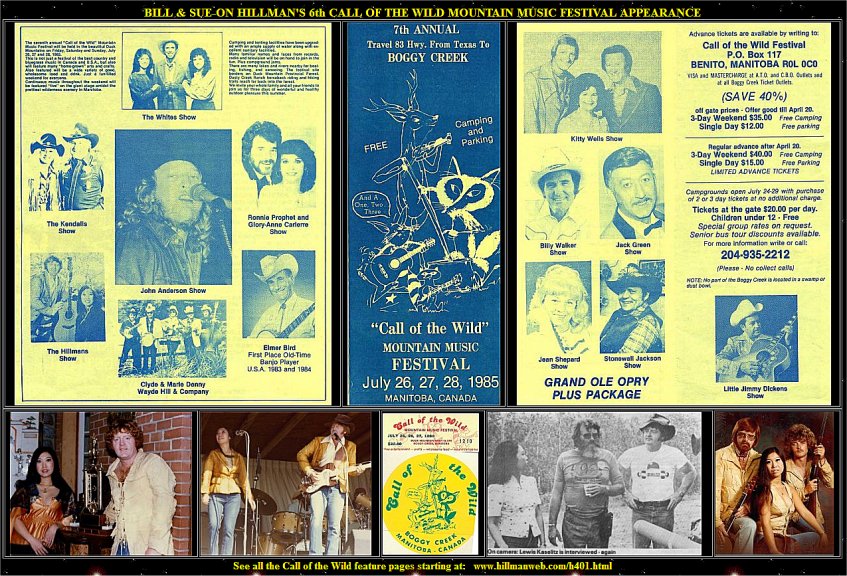 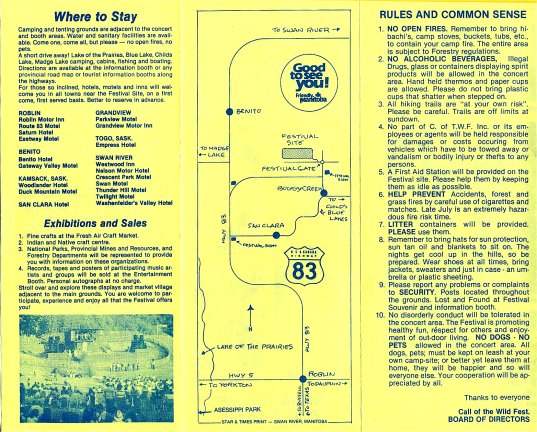 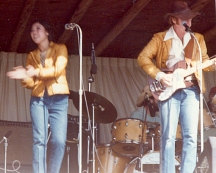 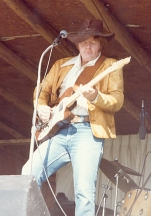 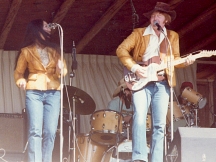 Hillmans on the Boggy Stage with Kerry Morris (drums)

MAP OF THE WILD
www.hillmanweb.com/boggy

Update:
The Manitoba Museum in Winnipeg recognized
the Hillmans and the Call of the Wild
in a special exhibit 30 years later:
SHAKIN' ALL OVER - 2010
See
www.hillmanweb.com/shakin 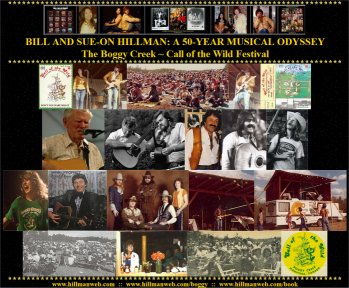 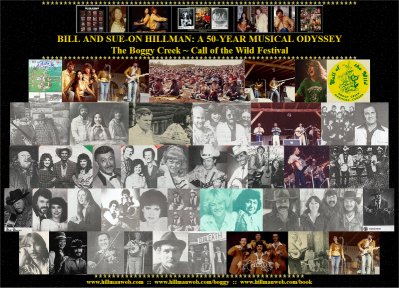 WE SHARE MANY MEMORIES FROM THE BOGGY CREEK FESTIVAL YEARS
BILL AND SUE-ON HILLMAN: A 50-YEAR MUSICAL ODYSSEY