Back in the early days of television in Southwestern Manitoba, one of the highlights of "going to town" was to join the crowd huddled around the window of the Strathclair Electric shop. Set up for public display was a Westinghouse 19 inch television set which pulled in a weak signal from CKX-TV Brandon -- 60 miles to the southeast. Across this magic, flickering, black and white window to the world paraded a multitude of faces, places and sounds: movie stars, radio stars, variety performers, cartoons, TV actors, reporters, and singers. These small grainy images were all bigger than life, and unknowns became superstars overnight. The shows came from studios far and near: Hollywood, New York, Toronto, and Brandon... it didn't really matter where they came from... the performers were all fantasy-like figures in our minds. It was standing on this sidewalk, straining to get a better view of the small screen that I first met Russ Gurr.

Most of the music shows on TV in the early and mid-'50s featured singers in stuffy dress wear, sedately standing in front of an orchestra of seated, chart-reading musicians. Seldom would I see the instrument that had become my obsession -- the guitar. Then, one night, the small screen was filled with a strutting, posturing, singer decked out in fringed shirts and western wear, singing country/western songs, and wildly flailing a Martin flat-top guitar. This was before the emergence of rock 'n' roll and this unfettered, stylistic performer stirred the vanguard of musical instincts which would soon blossom fully with the arrival of Elvis and all the Sun rockabilly stars.

Six years later, while attending Brandon College, most of my time was spent playing guitar in my rented basement room. To help pay tuition I played lead guitar with the Country Gentlemen on the live CKX-TV daily noon show, as well as in the band's many personal appearances. My landlord, who had noticed my obsession with music and guitars, mentioned that he had known Russ Gurr since Russ was a kid in the Arrow River/Crandall district. He thought it was time for us to meet, so he invited Russ over to his house one afternoon. This was the start of a long friendship and musical relationship with this early Brandon television celebrity. Soon after, my noon show playing buddy, Barry Forman, CKX announcer, Lorne Ball and I needed a singer for an appearance we were making at one of the first Morris Stampedes, and Russ agreed to join us.

Russ returned the favour a few years later. He was very involved with the fledgling Austin Thresherman's Reunion, and needed a back-up band and feature perfomers for shows in front of the event's new grandstand. Russ remembered how well he, Barry, and I had worked together a few years back and gave us a call. By this time I was married, and my wife, Sue-On was a member of our band and we had changed our name to The Western Union. The band at this time also included singer Jake Kroeger, drummer John Skinner, and later Kerry Morris. One of the highlights of our Austin appearances was in 1965 when a NFB film crew filmed our stage performances. Two years later, much of the footage was incorporated into the film presentation featured in the Labyrinth pavilion at Montreal's Expo '67. One of Russ's songs was also used in the official Layrinth record album.

Around this same time, Federal Grain Company were looking for a way to exhibit their products and services at Western Canada fairs and exhibitions. The performing, emceeing, and songwriting abilities of Russ were brought to their attention and they offered him a series of summer contracts. The summer shows that followed evolved into full-fledged Western Canadian tours in which we spent many summers travelling to fairs large and small in a convoy consisting of two motor homes, an instrument truck, station wagon, and a stage on wheels. Russ had designed a combination outdoor stage and parade float on a flat bed trailer.

Our routine was pretty much the same for each venue. We arrived in the city/town the night before their fair, meeting the local Federal Grain agents who opened their homes to us and treated us royally with barbecues and warm hospitality.  We usually met with the local fairboards and media for which we did TV / Radio / Newspaper interviews. For the opening day parade, the local agent would pull our float which consisted of a flat bed trailer, covered with artificial turf and signage. Our sound system was powered by a gas generator and we performed standing, non-stop during the entire parade, some of which lasted almost two hours. The hazards on these routes were many: blazing hot sun, wind, cold, rain, hail, sudden unbalancing starts and stops, hills, potholes, runaway horses, mosquitoes, float "hitchhikers," inebriated drivers and spectators, lost kids, laryngitis, broken guitar strings, and fatigue.

For the first few years we took turns singing at the mic, but then Russ wrote and recorded a theme song: "The Federal Grain Train," for his first record album. After that, Russ sang the same song, non-stop, during the entire parade. We all had short vocal and instrumental parts in the song but his performances of this song must have set some sort of Guinness record for length and endurance. We were loud. Occasionally, the parade marshalls would place a brass or pipe band near us in the parade line-up. When we suggested a better location, they seldom heeded our warnings, but invariably, in such cases, the length of the parade would stretch out as the marching bands moved farther and farther away from us. 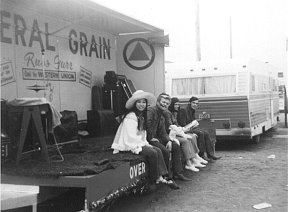 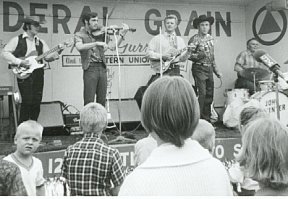 After the parade we would find our reserved spot on the fairgrounds, often close to the grandstand where we would catch the crowd as they exited the afternoon or evening grandstand shows. We then jacked up the four corners of our trailer for stability, and raised the hinged back, sides and top of our stage. The sound system was fed through large speaker horns on each side of the stage and the lighting system consisted of coloured foot and side lights.

Usually we would do just one show... just after sunset. Barry would open with a fiddle tune, and then Jake and Bill would follow with a few numbers before we brought on Sue-On. As the crowd grew, we heightened anticipation by telling tall stories about "wild man" Russ. Meanwhile, back in the motorhome dressing room, Russ was preparing his vocal cords by subjecting them to a series of throat sprays and warm-up exercises wound to a fever-pitch by the frantic rhythms emanating from his vintage Martin flat-top guitar. Russ was a leading proponent of the dying art of yodelling, a skill requiring the voice to be in top condition, and he always took his craft seriously. 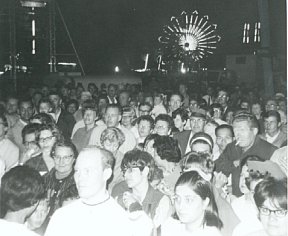 Finally, satisfied that the crowd could wait no longer for this man of mystery, we would plunge into the opening riffs of the Federal Grain Theme which would bring a primed and ready Russ onto the stage. From that moment on, Russ led the audience on a wild ride of highs and lows. For all their hokiness and rough edges, the shows were amazingly popular. The chemistry seemed to be just right for a carnie and fair setting. It developed into a love-hate relationship with the various midways, however. Invariably, most of the crowd that came out of the evening grandstand shows ended up in our audience -- fascinated by the crazy and sometimes off-the-wall energy of our shows -- while the carnie people groused and fumed as they waited for the late-night "rubes" to arrive so that they could separate them from their money for the various rides, shows and games along the midway.

We met many great carnies and grandstand show entertainers and revelled in their tales of life on the road and their fascinating stories about show business greats with whom they had worked. We've since regularly seen many of these performers on in Las Vegas and television and we have formed lasting friendships with some of them. Anecdotes from these tours abound and many of them we have included in the Gig Notes section of our online Bill and Sue-On Hillman: A 50-Year Musical Odyssey.

All good things have to end, and the end of this unique entertainment experience came about when the Federal Grain Company was taken over by Pool Elevators in the early '70s. To my knowledge, no band has ever done gigs quite like this, and we were all disappointed to learn of the events which brought an end to the tours.

Russ soon picked up another contract, however. This time our tour was sponsored by the Elanco chemical company. They put on demonstrations of their product all across the prairies. Our job involved setting up our stage out in the country, close to a Treflan-treated demo field. The company would bus hundreds of farmers in from all the surrounding communities and Russ and the band would perform a show for the gathering crowd. The farmers would then be bussed out to view the various grain fields treated with Treflan. When they returned we would perform another show while they were served a complimentary pork barbecue.

Russ was a natural for this job as he could relate to farmers. He and his sons maintained a very large grain operation in the Brandon area and when not performing Russ could usually be found on a tractor or doing farm maintenance -- he continued to work at this well into his 80s. We did the Treflan demonstrations for couple summers, but when the Sue-On, Barry and I were offered a chance to perform as the feature act in American state and county fair grandstands, we were lured back to the lights and excitement of carnie life. We started with a few Canadian shows where Kerry Morris joined us on drums and bass, but he left for Europe when we started the American shows and we performed as a trio.

Following this, Sue-On and I did three tours workingman clubs in England's North East and became very heavily involved in recording our own albums. Ontario's Family Brown and Whiskey Jack took over the Treflan gigs. Unfortunately, in recent years we have had the pleasure of working with Russ on only a few occasions. 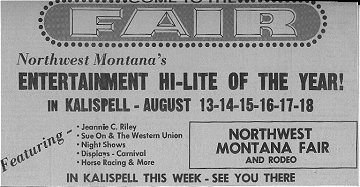 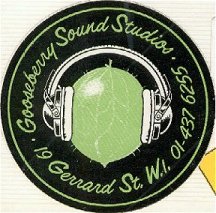 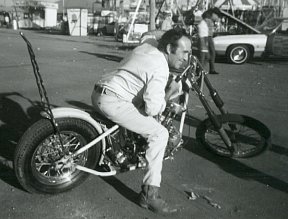 Although Russ is about 30 years older than we "young whipper-snappers", he was a man of unbounded energy, creativity, tolerance and show biz sense and there was never any sense of a generation gap between us. During his last years we have found time to get together again to swap tales and reminisce over our years on the road. What you read before you is one phase of our very large Hillman Music Odyssey project -- in which Russ Gurr, the Singing Farmer, plays an integral part in our Canada Tours chapter.

Back to the
BILL AND SUE-ON HILLMAN MAIN SITE
www.hillmanweb.com